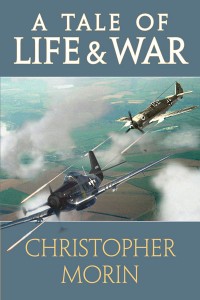 MATTHEW SWITZER is a typical twenty-two-year-old college senior. He’s spent his last four years coasting through school, thinking about girls and parties, not giving much thought to his studies or his future. As graduation looms, he’s surrendered to the reality that his chances of marching are slim and insecure because of one final unfinished history course assignment.

By a stroke of luck, Matt meets Michelle Kessler, another senior who offers a mutually beneficial plan for him to consider. Attracted to the young woman, Matt strikes a deal with Michelle—a deal that will bring him before her weathered grandfather—a World War II fighter pilot named Hank.

Reluctantly Hank agrees to help Matt by digging up extraordinary and painful memories from his combat days during the war. Little does Matt know that he’s about to be told a personalized tale filled with bravery, deceit, intrigue, the horrors of war, and the very best and worst of human nature. It’s a tale no traditional history book could ever contain.

As Matt becomes entangled in Hank’s recollections, he begins to learn more about his strengths, weaknesses, his past, and his potential future. Hank’s stories take a toll on both himself and his young listener. Both begin to wonder how their new relationship will be shaped and affected by the often-horrific tales imparted. Both wonder if either will ever be the same again!

A Tale of Life & War – TRAILER 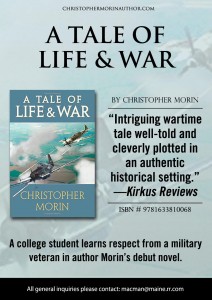